On Friday 19th December, the last Euroscola day of the 19 planned in 2014 was held at the European Parliament in Strasbourg. This time Liceo Classico Giacomo Leopardi from Italy participated in Euroscola. More than 500 students and teachers from across the European Union’s member states were in Strasbourg. They represented their nations in the plenary and filled the hemicycle with fresh ideas on European issues.
They came from 19 European countries: Austria, Belgium, Bulgaria, Czech Republic, Croatia, Denmark, Finland, Greece, France, Germany, Hungary, Italy, The Netherlands, Poland, Romania, Slovakia, Spain, Sweden and The United Kingdom. In the afternoon, students split into working groups and engaged in heated debates on current topics.

The Euroscola day gives students the opportunity to interact and exchange information in a foreign language (English, French or German) and also highlights the importance of cross-cultural cooperation. Furthermore, participants are given the possibility to introduce their school and the region where they come from, which provides greater diversity and enriches the cultural dialogue.

European Parliament set up the Euroscola project in 1989. Each year Euroscola welcomes thousands of students aged between 16 to 18 years old from all 28 European Union Members States to spend a day in Strasbourg and work as Members of the European Parliament (MEP). Students experience a day as a MEP, engaging in the EU decision-making through debates in the hemicycle, negotiations with their colleagues, voting and adopting resolutions on topical European issues. Participation is awarded to schools making it through a national competition organized by the European Parliament Information Office in each member state. 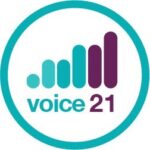